Inside and Outside the Building

Home
Home
Shopping, Health, Money
Family, Schools, Social
Reference & Resources
Sunday Services at Poughill Church - please click here for details of our regular on line church services via Zoom.
On Facebook there is a group Teresa has set up - please do a search, and join:
Revd Teresa's Cornish Corner


The Church of England Safeguarding Children Policy ‘Protecting all God’s Children’, has as its first principle: “We are committed to the Safeguarding, care and nurture of the children within our church community”.

Within its Safeguarding Adults Policy ‘Promoting a Safe Church’, The Church of England’s first principle is: “We are committed to the respectful pastoral ministry of all adults within the church community”.

The Diocese of Truro wholeheartedly endorses these principles and wishes to provide support, advice and information to all those in its parishes who give of their time – both paid and voluntarily – to work with vulnerable adults and children.

Here too at St Olaf's we take safeguarding seriously.

Ensuring that children and young people as well as adults are kept safe whilst in our care is an integral part of our church life.    If you have any concerns about safeguarding please contact:

In the parish our Safeguarding Co-ordinator is Dan Archer, who can be contacted on 01840 261626 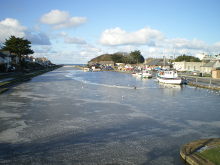 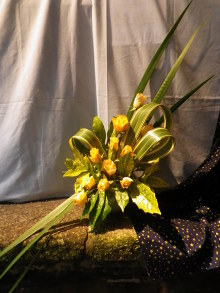 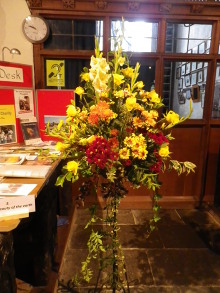 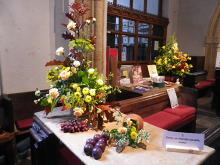 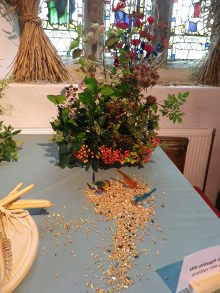 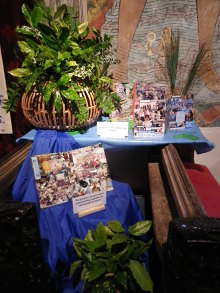 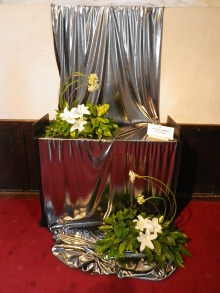 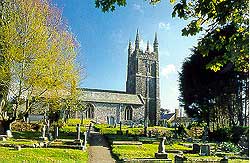 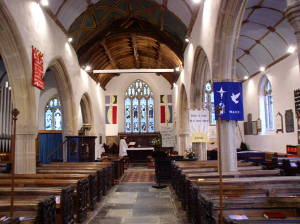 Inside and Outside the Building

St Olaf's Parish Church at Poughill, near Bude, is of exceptional interest and dates from the 14th Century. It is dedicated to the Norwegian King and so-called Martyr, St Olaf.

Just inside the church building, over the main entrance is the Sir Goldsworthy Gurney Tablet. It records the fact that the clock was placed in the Tower in memory of Gurney, whose success in speeding communications brought about the adoption of a Standard Time throughout the country. This occurred only last century: until 1852 Exeter clocks showed local time.

At the restoration in 1928 the foundations of the original Norman Church were uncovered but nothing of this remains above ground. It was probably originally cruciform, but in the 14th century a narrow north aisle with an arcade of Caen stone was added. A south aisle seems to have been intended, but only the eastern bay was built. This was completed in the 15th century in granite and the chancel of the north aisle was widened.

Poughill is famous for its splendid carved oak bench-ends.   On entering the building an immediate impression is created by the magnificent pews and bench ends, the old communion table and the officiant's desk facing the people, which is a seldom found survival of earlier times.

The deeply carved oak bench-ends date probably from the time of Henry VII (1485-1509).  Many have emblems and scenes telling, in minute detail, the story of the passion.   The other shallow and less expert carvings date from the reign of Queen Elizabeth 1(1558-1603). They are less numerous and are mainly armorial carvings or the sacred initials I.H.C.

The Oak Communion Table, probably dates from Edward VI's reign and was substituted for the altar according to the Royal Order issued in November 1550 for the entire removal of altars in churches, and setting up tables in some convenient part of the Chancel instead. Its simple style and small size (before a new and enlarged top was put in in 1941) may be due to the practise of moving the table into the body of the chancel in the days of Puritan ascendancy.


The Piscine and Aumbry in the south chancel are 13th Century.

The Church House now three dwellings opposite the Lytch Gate was built of stone about 1525, and the use of stone, when cob was universal for houses in the area, shows its importance. For many years the church house was the centre of village life before the Civil War.

The Font dates from about 1400. The four pillars of cateucleuse stone are modern. An older font, also of granite is probably Norman.

Both frescoes (wall paintings) date from about 1470, and depict St Christopher, Patron Saint of travellers. In 1894 they were discovered beneath the whitewash. Such paintings were once common teaching aids in churches. The Poughill accounts record the washing out of the figures in 1550 at the time of the Reformation. According to the legend,  St Christopher was a heathen giant who, on turning Christian, was instructed by a holy hermit to carry travellers over a dangerous ford, and who, one stormy night carried the child Jesus on his shoulder.

The Royal Arms (1655) in raised plaster over the Vestry door, date from Charles II's reign. His initials C.R are in the upper corners. Charles I’s original Letter of Thanks (1643) had been painted on the church wall. Now only the copy hangs in the church. He thanked his Cornish subjects for their loyalty and efforts in the Civil war. Against overwhelming odds at the Battle of Stamford Hill the Parliamentary forces were routed. 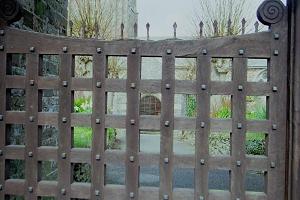 The Lytch Gate was rebuilt in 1897, but the former gates with their ancient ironwork are preserved in the tower. The most interesting object in the churchyard is undoubtedly the huge granite slab near the lytch gate. About 1890 a landslide on the cliff near Northcott Mouth broke open an ancient burial tumulus, dating from the coins within it, to the earliest days of the Christian era. The Vicar at that time had the cremated remains removed to our churchyard for burial, and placed over them the great covering stone of the kistraen or rough stone coffin. 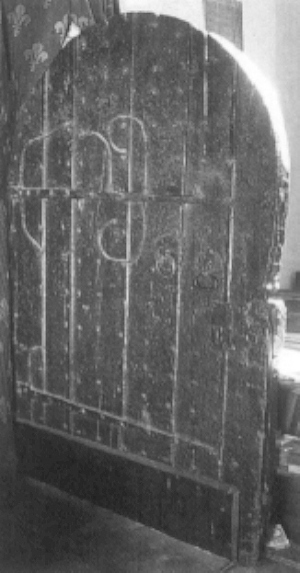 The Porch, is perpendicular in style, retaining its original 14th century, stone benches on either side.   Formerly it was largely used for secular business.   The massive oak door dates from the 15th Century, with its original iron work, and huge wooden cased lock.   The modern oak door dates from 1971. On the east side of the door is the holy water stoup, but the basin has been renovated.

The Pulpit was carved by a parishioner about 1880
from an oak beam taken from the old Church house building.
In the time of the Reformation, the pulpit probably stood
in the middle of the chancel.

The Church retains its late 15th Century wagon roofs, and, except in the chancel and porch, the plaster panels remain. The carved roof bosses of wood are a feature of the Westcountry. Stone roof bosses are common elsewhere. The Vestry door was once the entry to the former winding stairway to the rood loft over the former screen, which once extended right across the Church.

The Tower is of perpendicular style, 14th Century with embattled, crocketted pinnacles, and built of granite. It contains a peal of six bells; none, however, of great antiquity. Beneath the tower there was formerly a singing gallery on pillars, put up in 1779, and occupied by a band of instrumentalists and singers before the days of harmonium or organ. This was taken down in 1860. The screen was erected in 1969.
Tools
Contact Us
Administration
Set as HomepageCreate an Instant WebsiteCustomise This Website
Information Pack CoverAddress BookArea Map
Site Hits: 9 today, 15 yesterday, 940 this month, 1,005 last month, 907,540 total
System Hits: 6,571 today, 90,768 yesterday, 2,339,793 this month, 3,146,087 last month, 1,536,345,642 total

This Microportal is built on the 2day Microportals platform which provides you with 3 click access to local and global information crucial both to your personal and working life. The platform provides live local data on transport, what's on, accommodation, eating out, shopping, sport, religion and weather as well as comprehensive reference and resource sections including TV, radio, online shopping, route planning, health, education and more.